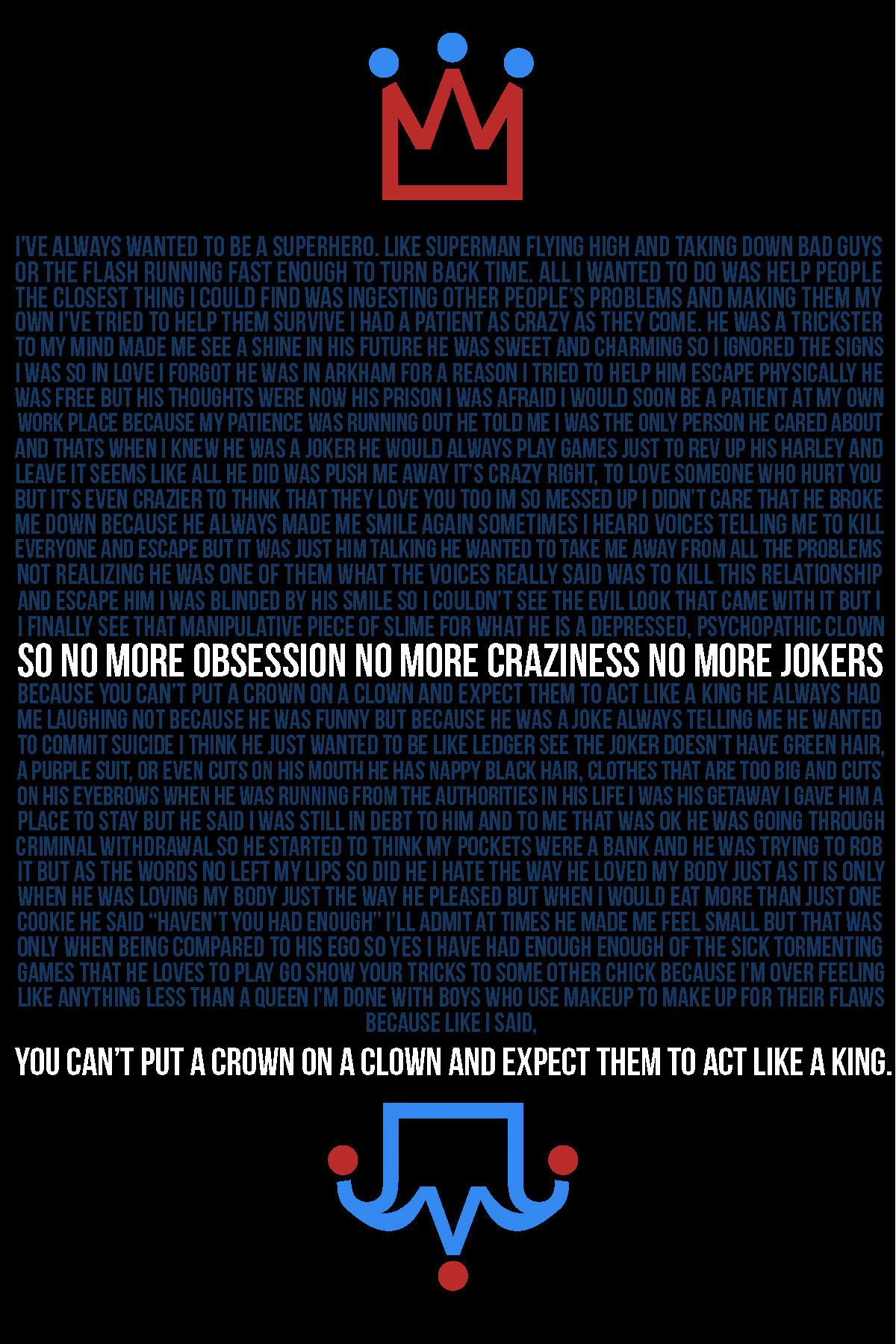 I’ve always wanted to be a superhero.

Like superman flying high and taking down bad guys

Or the flash, running fast enough to turn back time

All I wanted to do was help people

I'm tried to help them survive

I had a patient as crazy as they come

He was trickster to my mind

Made me see a shine in his future

He was sweet and charming so I ignored the signs

I tried to help him escape

Physically he was free but his thoughts were now his prison

It seems like all he did was push me away

It's crazy right, to love someone who hurt you

But it's even crazier to think that they love you too

But it was just him talking

So no more obsession

He always had me laughing

Always telling me he wanted to commit suicide

I think he just wanted to be like ledger

See the joker doesn't have green hair, a purple suit, or even cuts on his mouth

He has nappy black hair, clothes that are too big, and cuts on his eyebrows

He was going through criminal withdrawal so

But as the words no left my lips

Only when he was

Loving my body just the way he pleased

But when I would eat

He said "haven't you had enough"

I'll admit at times he made me feel small

But that was only when being compared to his ego

So yes I've had enough

Enough of the sick tormenting games that he loves to play

You can't put a crown on a clown and expect them to act like a king.