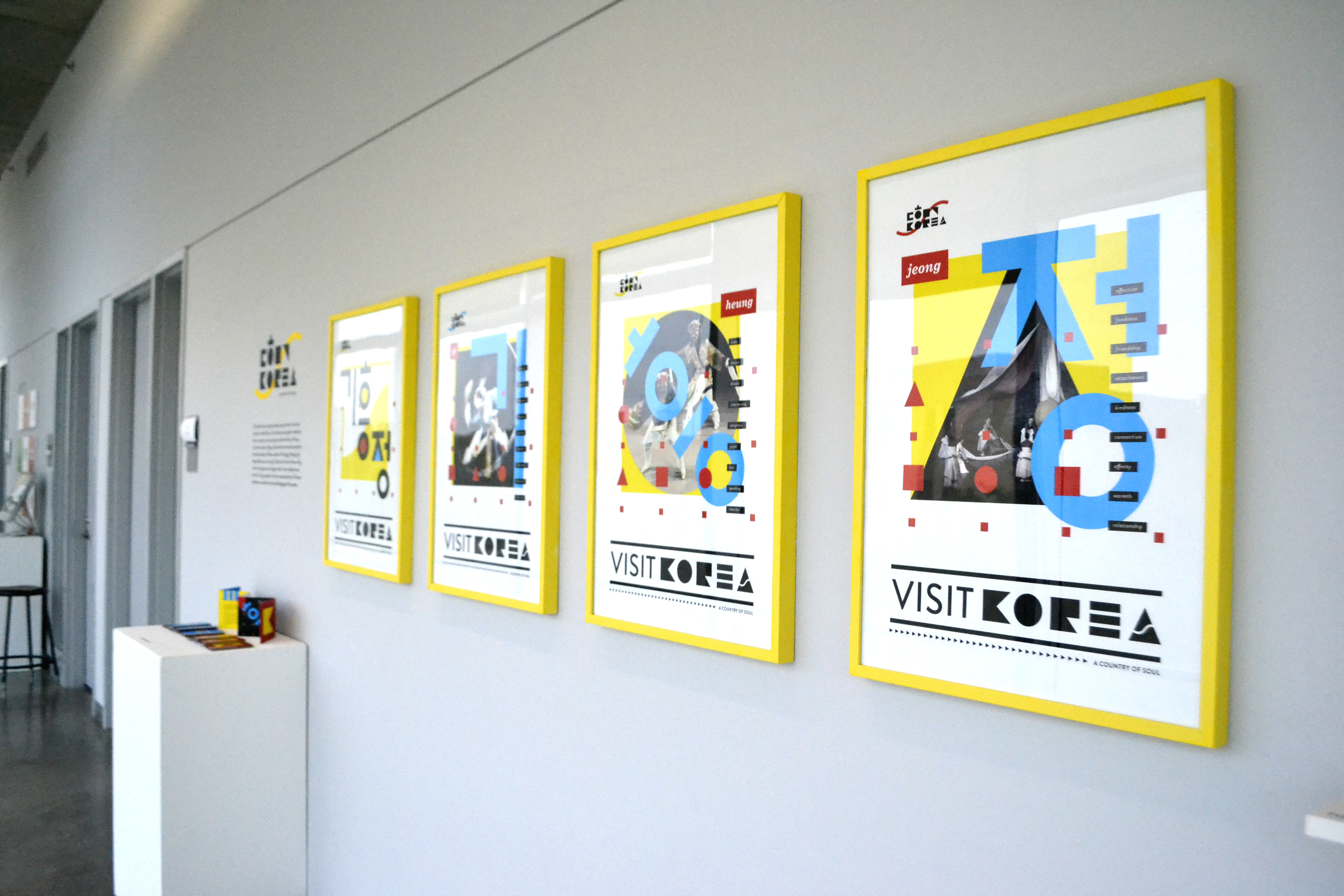 I am interested in learning about different cultures and I love traveling. I’ve been living in foreign countries for almost the half of my life. During this time I became really interested in cultural diversity, but also my South Korean heritage. After all these years traveling and living in foreign countries, I realized that not many people know much about South Korea, and even have negative impression about the country because of North Korea. For this reason, I wanted to rebrand South Korea with a vibrant identity system to introduce its cultural characteristics and eventually attract more tourists to South Korea. 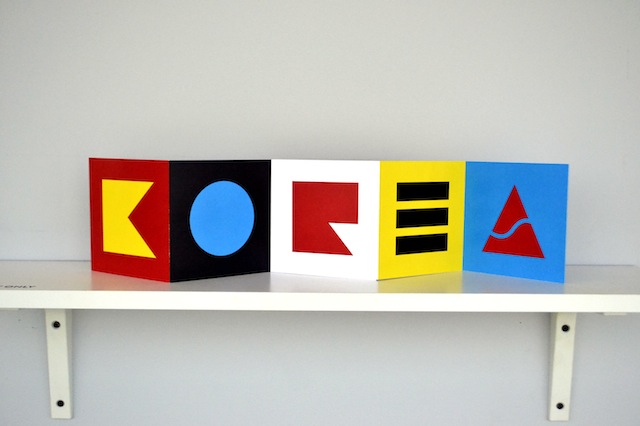 The South Korean Graphic Identity Project aims to attract tourism to South Korea. The identity uses graphic elements that are unique to the existing national identity of Korea, such as a the national flag, and the three terms used to describe the characteristics of Korean culture: Gi (energy), Heung (joy), and Jeong (affection, and caring). Five traditional colors (blue, red, yellow, white, and black), elements from the Korean flag such as the trigrams (black stripes) and Taeguek mark (more widely known as the Yin-Yang symbol), and iconic representations of Hangul, the Korean characters, are used to form the visual language of the system. The installation consists of four posters and an accordion book explaining the three terms: Gi, Heung, and Jeong. 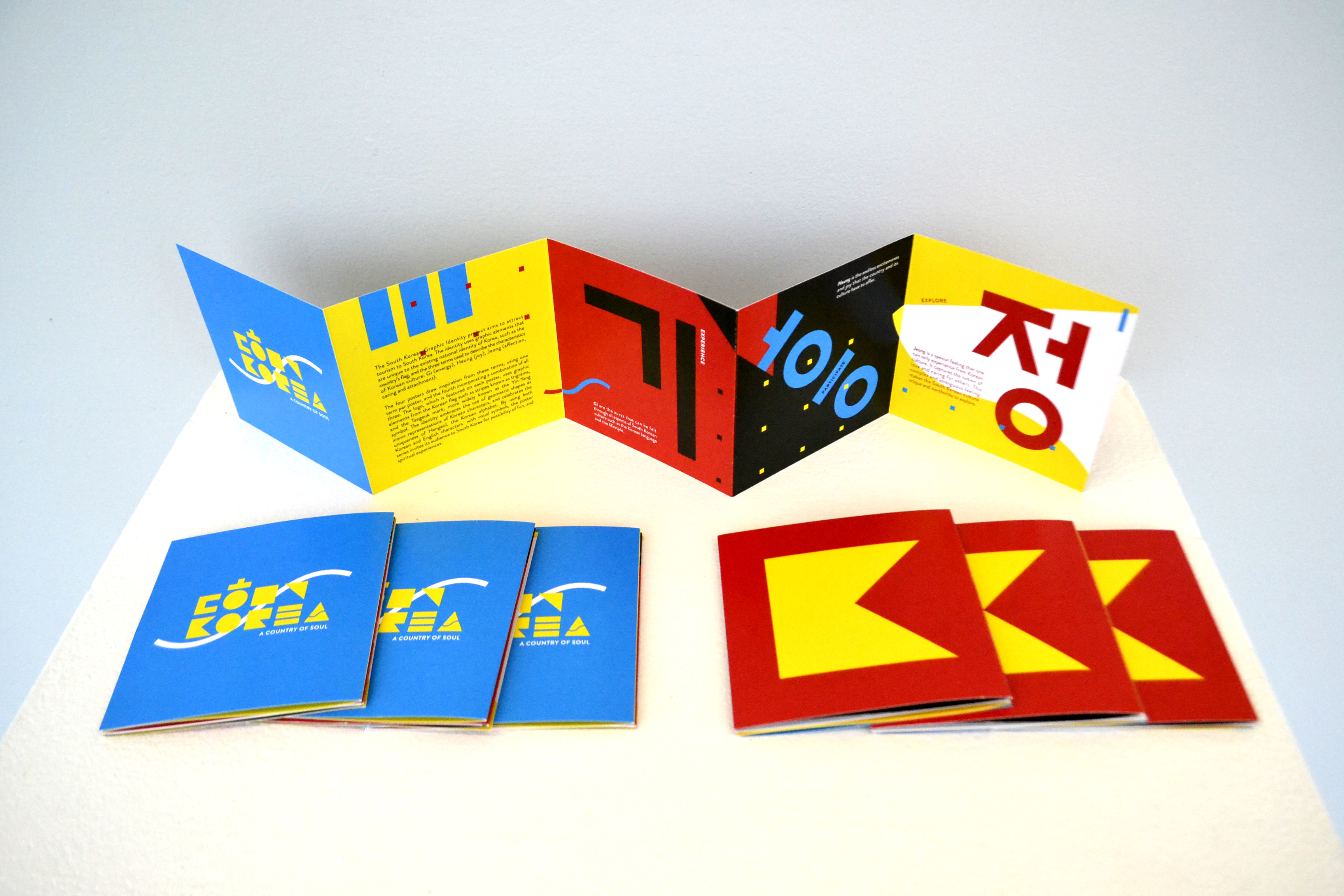 1. Don’t be afraid to try out various solutions and approaches. Without all the different approaches (bad designs), I couldn’t have came up with better ideas.

2. Work at your own pace. Don’t get too stressed out about your peers progress. That brings you more stress.

3. Choose a topic that you are really interested in and familiar with. Otherwise, you might have a hard time sticking to the topic or you may lose interest throughout the semester.

Sol is currently a designer in Korea.
See more of her work at solmoon.com.