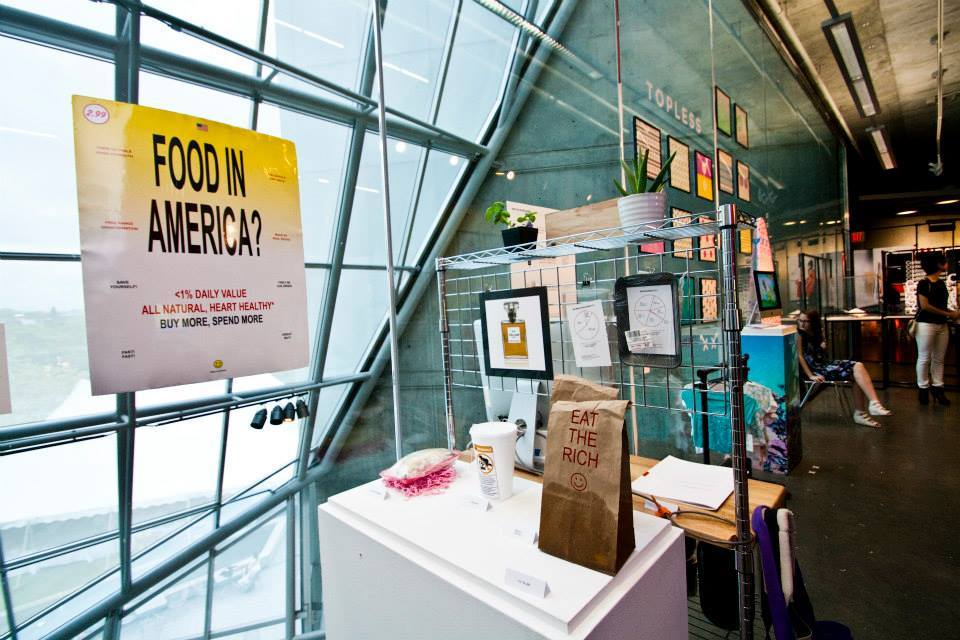 What began as a concept for an all-bulk-foods grocery store was quickly recognized for the Portlandia joke that it was and then developed into a redesign of the common American grocery store. My project was an exercise in the triple bottom line theory of sustainability and the audacity of idealism, two things that stop making sense to most people after college.

In the end, I had designed a proposal that embodied all my ideas and research on sustainability and the food industry. My main design focus was on the system and its ideals, not the visuals, though of course I took those into consideration too because after all this was a graphic design degree. 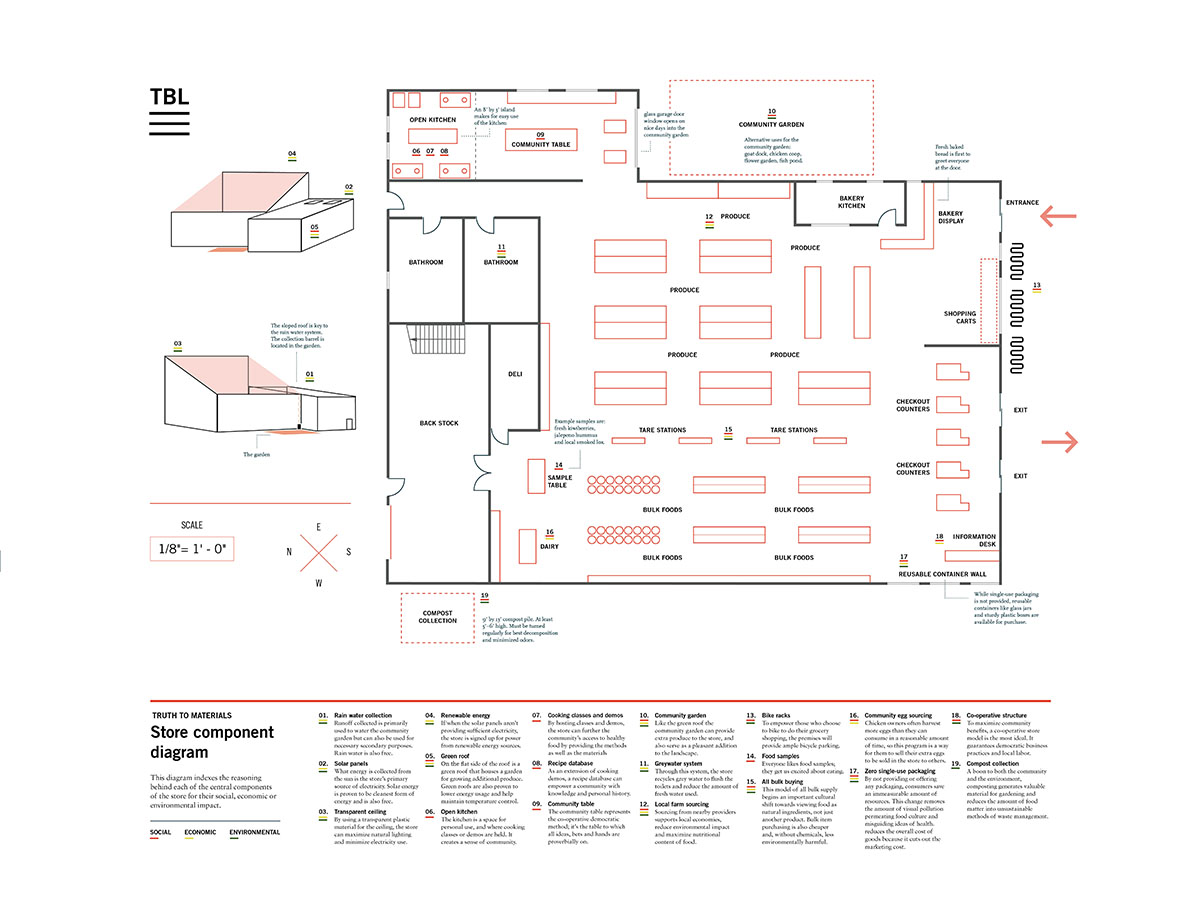 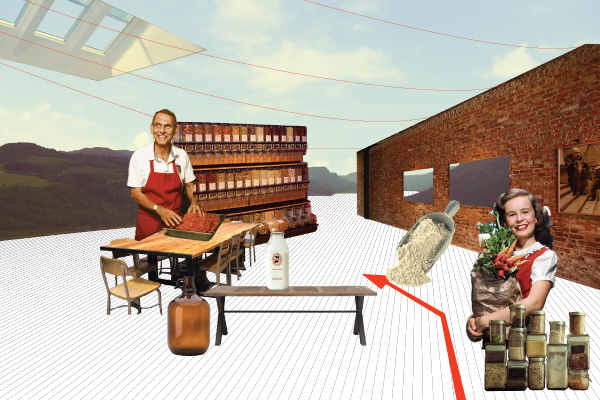 1. Pick something for the potential to learn. Unless you get the world’s coolest job after school where you just pursue whatever you want and people throw money and retweets at you, most people don’t have the opportunity after school to continue learning only what they’re interested in. It’s hard to keep up personal projects and maintain a supportive community around it. In this last semester, instead of doing what you already know how to do, take advantage of the luxury to learn for the sake of learning. You’re also a lot less likely to burn out on the project if you’re pursuing something new rather than something familiar.

2. Suffer together, so it’s not really suffering. One of your biggest assets is your peers, for their brilliant ideas and thoughtful criticism, but if neither of those two things, at least the company. Seriously, even if you’re some hotshot young gun or whatever, you have an invaluable amount to learn from your peers. You can never have enough friends/cohorts/compatriots/etc. Go out of your way to help at last one person; you won’t regret it.

3. Listen to everyone’s advice, but know how to filter. Everyone’s advice is going to be worth listening to, but remember that in the end, you’re the boss. Pay extra attention to what non-designers have to say about how they perceive your work. For some reason, lowly plebeians uninitiated to the design world have some especially enlightening perspectives…

4. Work the rest your schedule around your project. By trying to plan your schedule with classes relevant to the subject or medium of your project, you can save a lot of labor and even learn more because you’ll be making different types of associations with your content.

Karen is currently a designer at mapbox in Washington DC.
See more of Karen’s work at karenzshea.com.