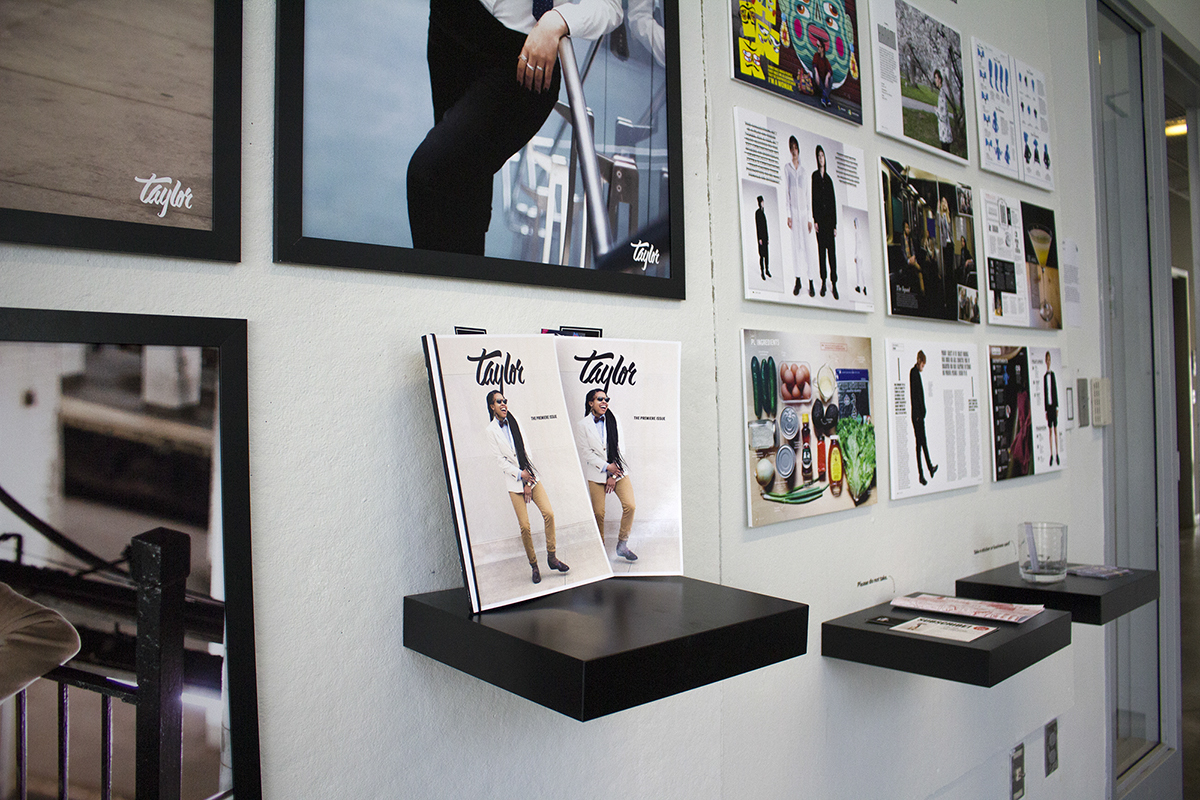 However with both ideas I felt stuck because no matter how much research I did, I couldn’t find the proper way to translate my ideas without watering down the concepts into too simple of terms. Winter break was frustrating trying to figure out everything and constantly suppressing the feeling that time was running out.

Simultaneously a friend of mine, an illustration student at MICA, was starting a buff girls illustration zine for fun. I had an idea to contribute a spread that broke down all the basic parts of a suit, but for women. It would be a fun graphic illustration, that offered tips and tricks for selecting a suit that was form fitting and comfortable for a woman’s silhouette. There weren’t guides out there or enough resources for woman who were interested in men’s inspired styling.

That’s when I had my epiphany and four months later I printed and created Taylor Magazine.

Taylor is essentially a magazine about menswear inspired styling for women. The idea stemmed from my love for men’s fashion and the realization that men’s magazines didn’t fully represent my experience as a woman. I sought out to create a product that was personal to me and a marriage of those interests. A publication I would have wanted to see and read as I grew up that would have taught me about gender identity, gender expression and gender fluidity. A publication that could introduce me to strong, smart, independent women who I could see as role models.

For this project I played the art director and designer and I collaborated with several photographers and illustrators from my school to create a fully realized product based on our interests and passions. Within the magazine you’ll find content from friends who are accessories designers, food bloggers, bartenders, street artists, and many more women who I look up to.” 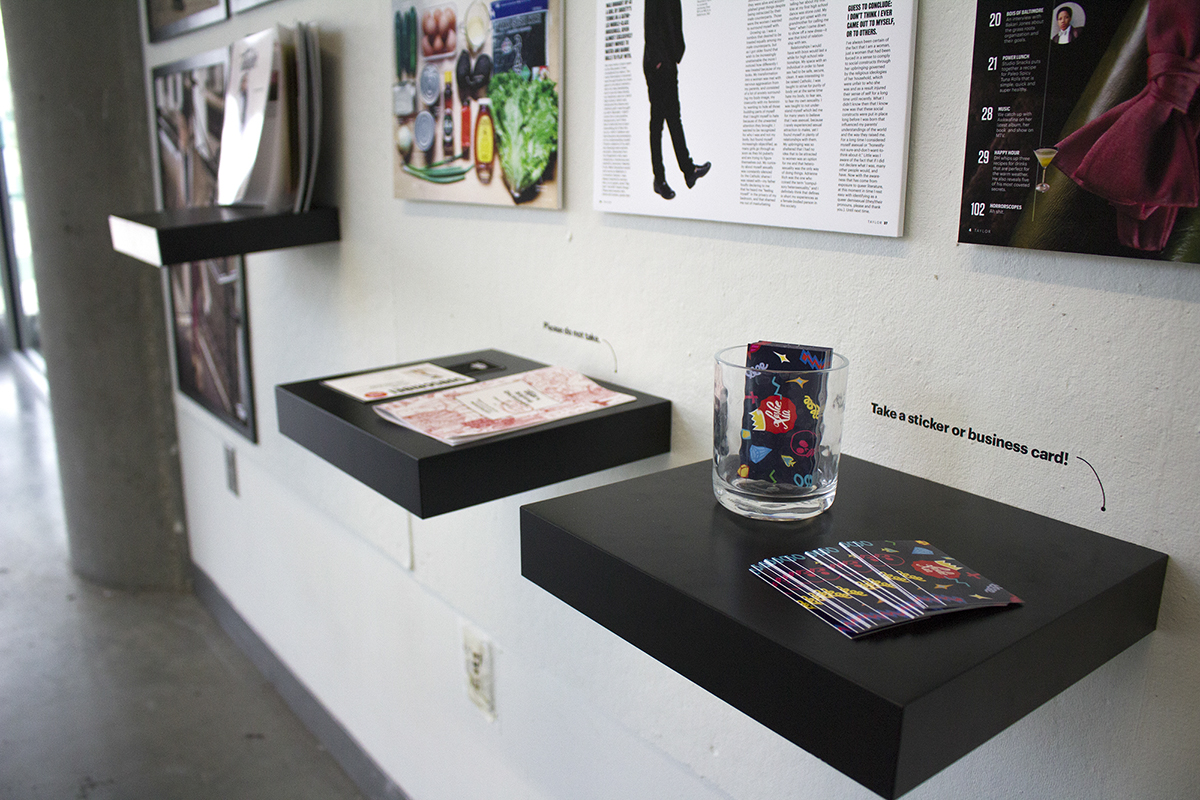 2. Never stop looking, exploring, experimenting, doing. The best of my ideas came when I wasn’t even thinking about thesis. The necktie my girlfriend gave me led to an interview with it’s designer. Randomly passing by a women’s consignment boutique led to an interview with a non-profit organization doing amazing things for unemployed women. Looking at a bottle of Peychaud’s bitters inspired a whole section on alcohol based on its label design. Talking to a friend about a class they were taking led to the contribution of a beautiful essay about gender identity. Bruce Mau once said “Real growth often happens outside of where we intend it to.”

3. Collaborate. One important asset that many overlook is the amazing community that surrounds us at MICA. You have the access to so many amazing photographers, illustrators, designers, creators, and thinkers who you can work with. Collaboration brings new ideas, and more personality into whatever you’re creating and expands the possibilities you can have. Every single piece of Taylor was created through collaborating with a friend who was as passionate and interested as I was.

4. Abandon ideas of what is good and what is cool. Good and cool constrain us to what is safe, trendy and imminently boring if everyone else is doing it. Keep experimenting and looking at design that you love and let it inspire you to create something greater.

5. Everyone in your department is willing to help and offer you advice. Talk to more than one professor for input, new sets of eyes and second opinions will offer you new perspectives.

6. Don’t take yourself too seriously. Don’t be too hard on yourself. Abandon your ego and be willing to learn and fail.

Leslie is currently a designer at VICE in New York.
See more of her work at lesliexia.com.