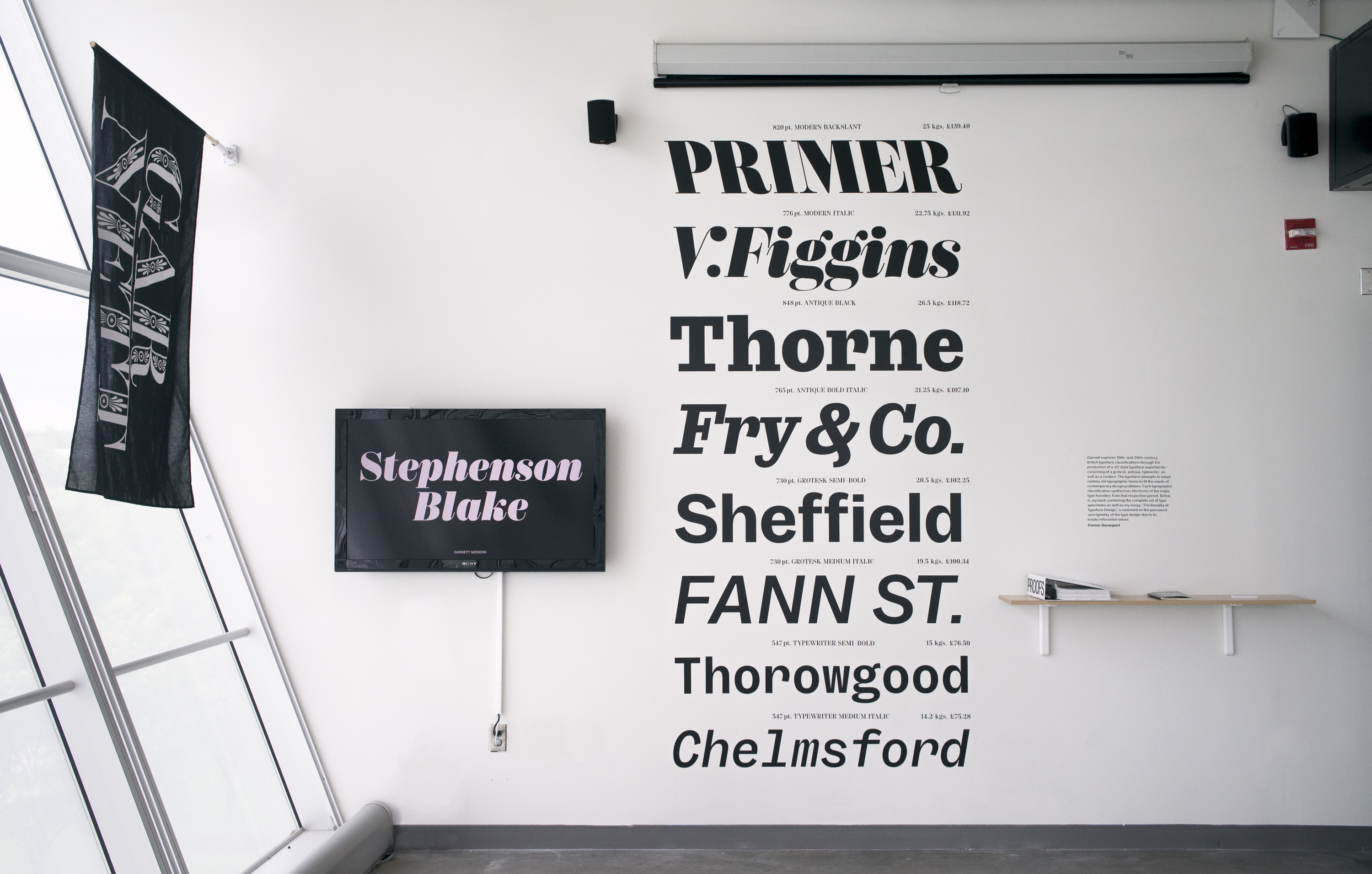 Garnett is a superfamily that aims to approach the “extremes” of typographic history. The typeface was conceived as a reaction to a question posed in Phillip P. Megg’s book Revival of the Fittest. In the preface to this text, Megg poses the question, “…should a typeface designer slavishly copy the original exemplar, including numerous imperfections and inconstancies? Or should one draw inspiration from earlier fonts, then exploit the vast potential of digital technology to refine and perfect letter, spacing, and details in the new rendition?”

Using this quotation as a sort of conceptual springboard, I based the initial typeface on 19th - and 20th - century grotesques — with particular influence drawn from the work of the Stephenson Blake foundry and the H.W. Caslon foundry. However, to me, one typeface was not a satisfactory resolution to the initial prompt; so I drew four separate classifications, totaling 46 styles—in both roman and italic. In which each style synthesizes the forms of the major type founders from that respective period.

To compliment the extensive type family, I also wrote an essay, The Banality of Typeface Design, in which I explore the innate referential nature of typeface design. The essays touches upon the idea that contemporary typeface design has become somewhat “banal” due to the vast amount of interpretation of past work.

1. Understand that time spent researching will / must overlap with the time you spend designing.

2. Make your project accessible to wide audience, designers are only a small portion of who will see the work.

3. Do something that is meaningful to you. This is a given but, you will be spending a lot of time working on your thesis so make sure that you enjoy the topic.

4. Do not force the deliverables, just because one person is designing a website or writing an essay does not mean that you need to as well. Understand what your project is and what is acceptable in terms of the final pieces.