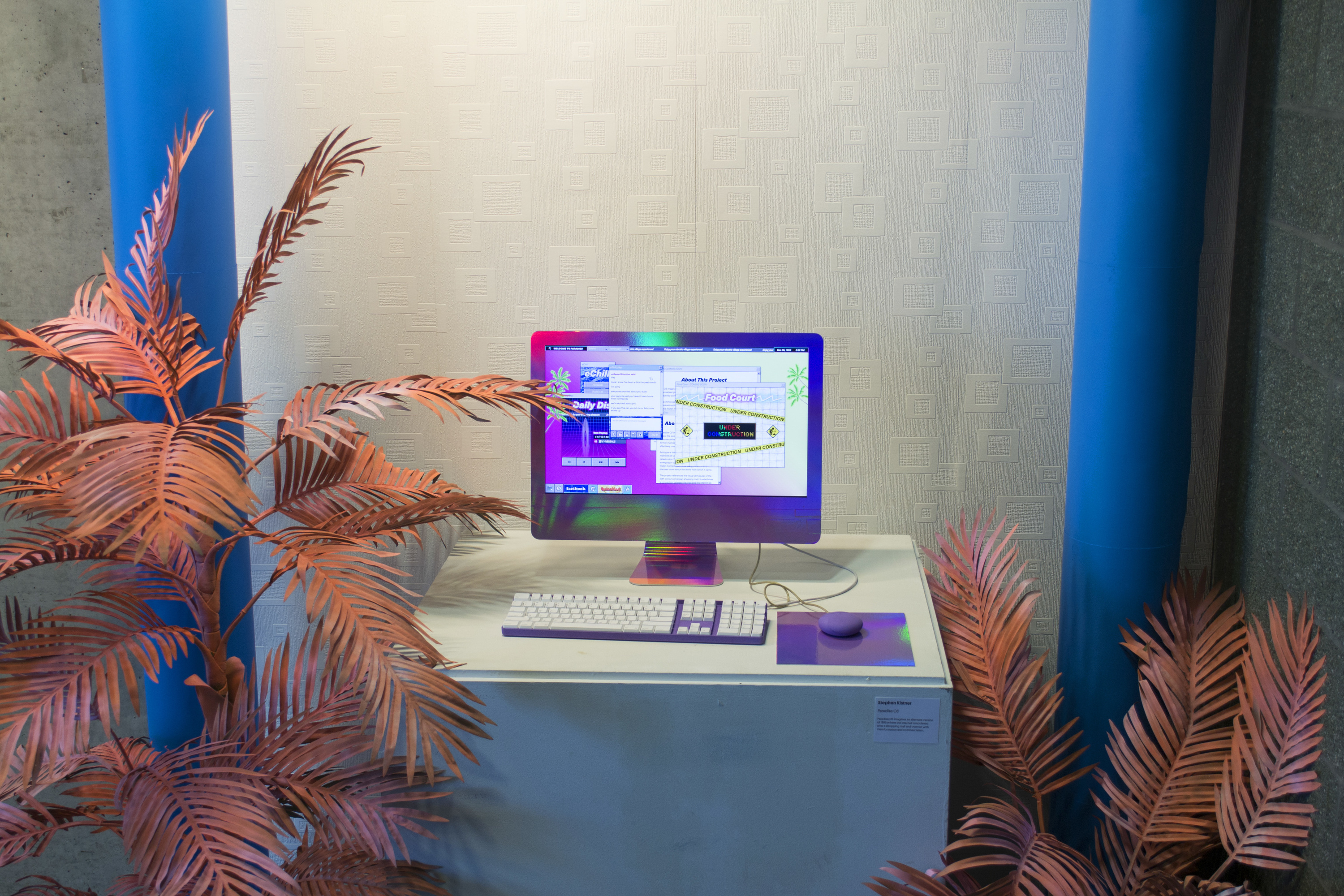 Paradise OS explores the use of digital interfaces as storytelling devices. It imagines an  alternate version of 1999 where the personal computer is a gateway to a commercialized global network. Palm Industries, a former mall developer turned technology giant effectively controls all online experiences.

Acting as a time capsule, the desktop captures the moments of December 30, 1999 — just days before a catastrophic Y2K event causes the computer to emerge in our dimension. Participants explore this frozen moment from time, using the content to discover more about the world from which it came. 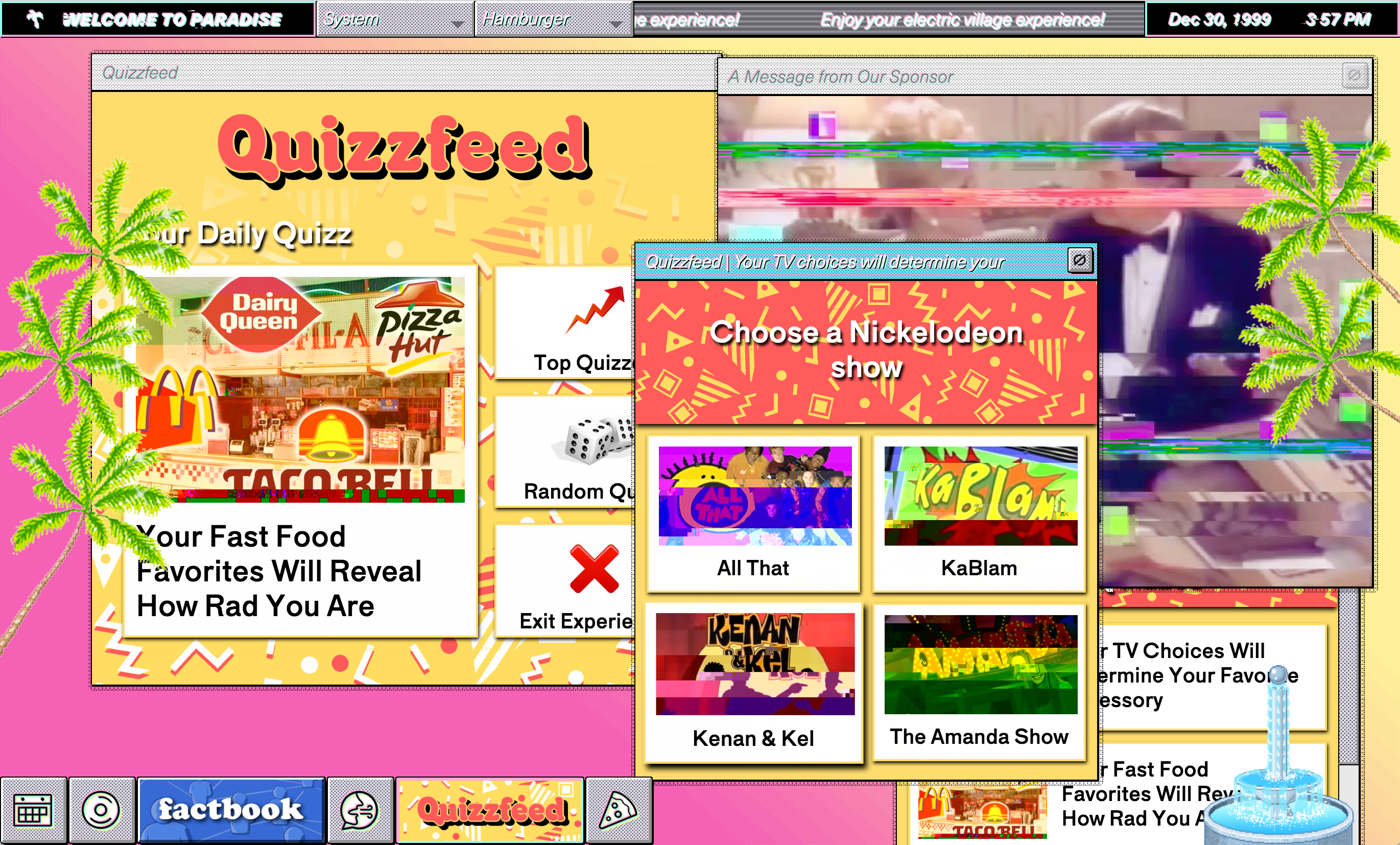 The project references the visual vernacular of the 20th century American shopping mall and the idiosyncrasies of early interface designs. It establishes a connection between the mall and the Internet as hubs of social activity and modes of escapism.

The desktop's content deals with Internet phenomena like fake news, instant gratification and information overload. By engaging with contemporary topics from the perspective of an alternate reality, the project encourages participants to think more critically about the state of our own digital spaces.

The project can be viewed live at www.palm.computer. 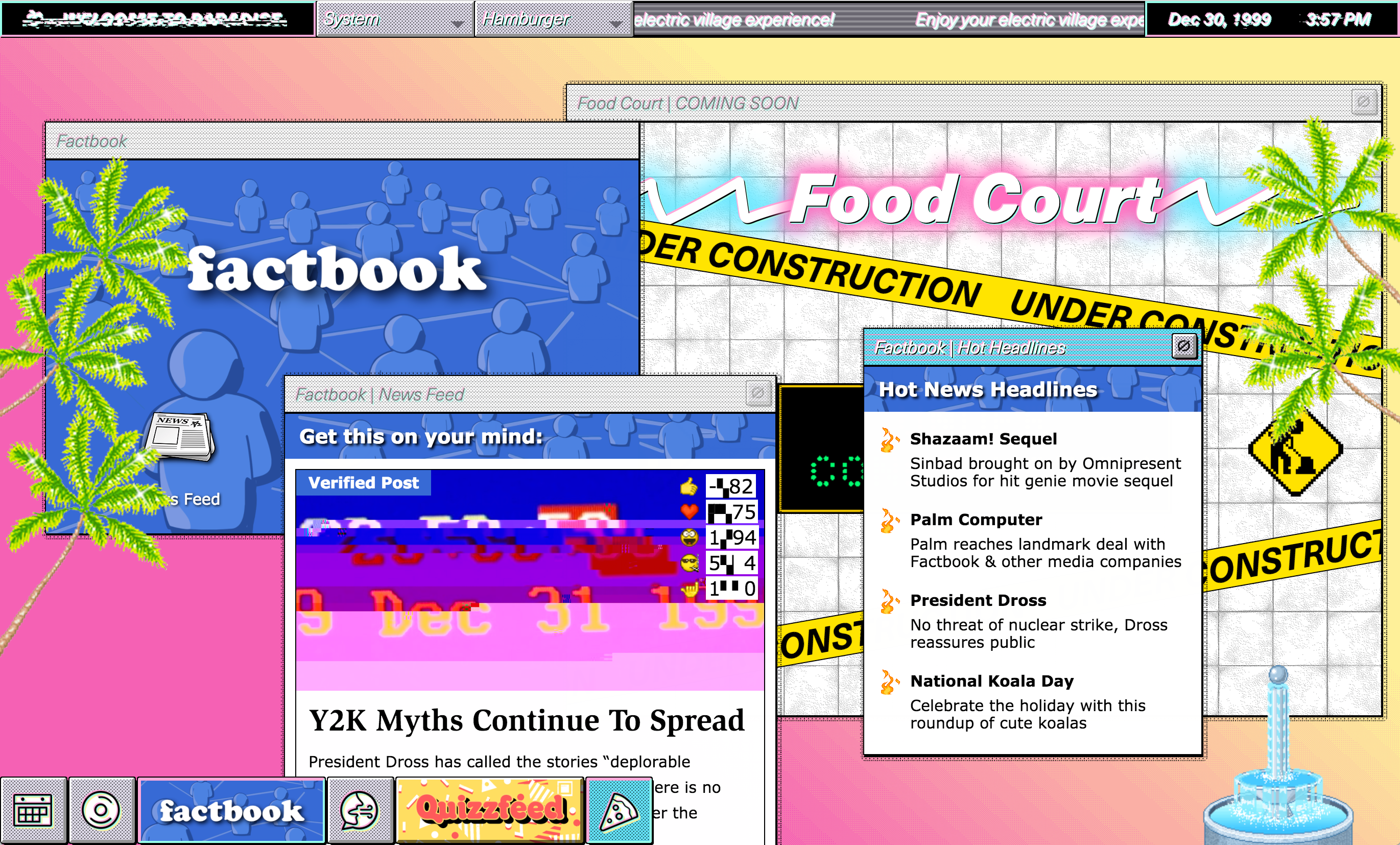 Make it weird
Don't just do another branding project because that's what you think is expected of you or what you think will land you that hawt Pentagram internship. Find something cool that you care about and then find a way to make other people care about it. Make it weird and uniquely you. Your portfolio will stand out.

Keep it real
There's a reason your thesis isn't a 50-page written research project. Designers make things that exist in the real world, not imaginary academic thought-space. Make something real that connects to real people. Talk to those people early and often and listen to them. Their feedback is more useful than any you'll get in critiques. People ignore design that ignores people (if you don't know who said that, find out).