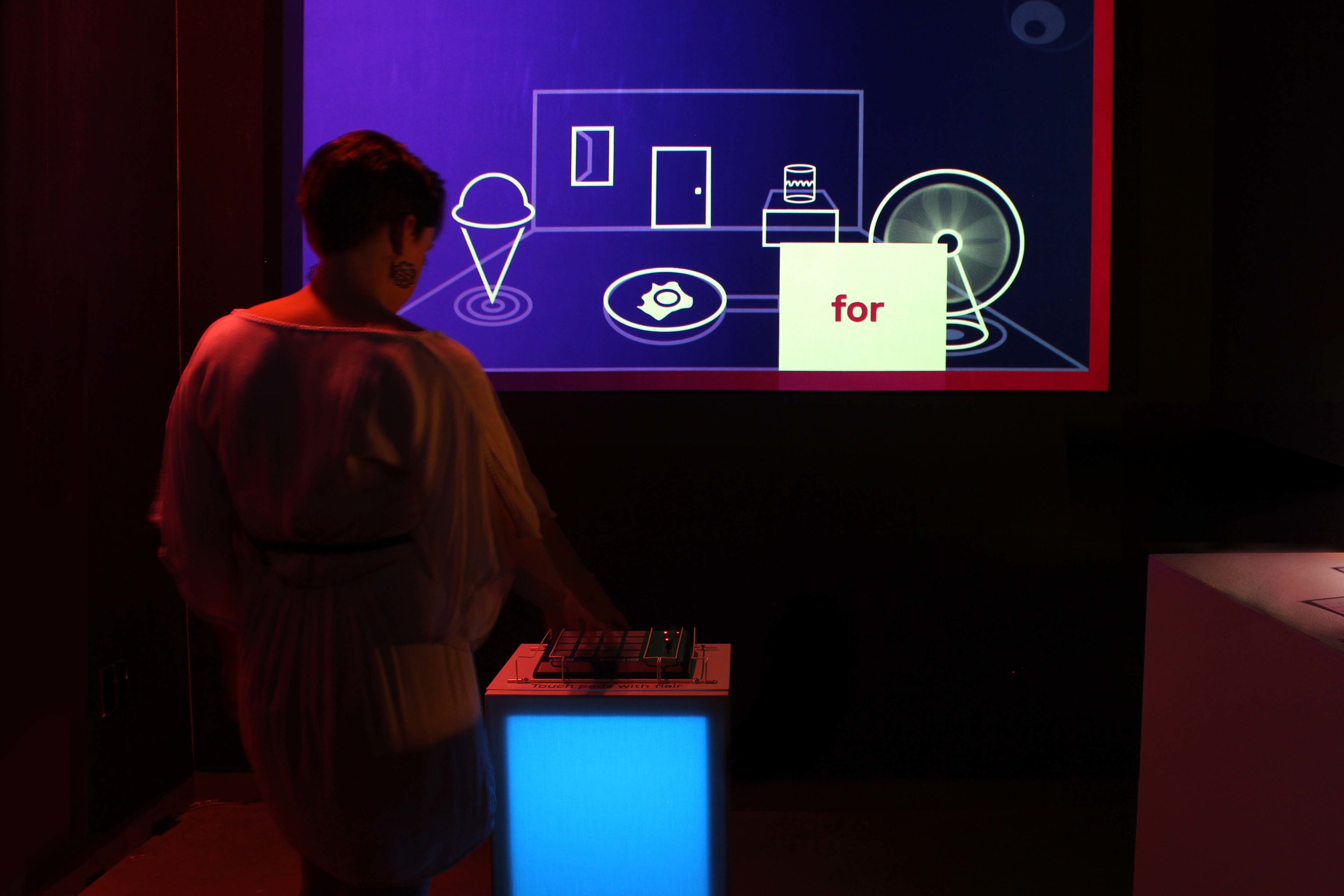 In the first semester of my senior year I came up with three thesis ideas which made me happy and which were blessed by Ellen as “worthy to move forward”. However, as time marched toward the spring semester I had became disillusioned with my previous ideas.  This is, of course, a problem, so I set about analyzing the portions of those ideas that I liked and the portions which felt quintessentially “me” tucked inside their respective cores.  Through this I discovered that I wanted to weave together the adult imagination, motion graphics, interactive design, sound design, and print design all into one cohesive, metaphorical blanket.  This epiphany, then allowed things to get better and harder at the exact same time.

It was not comfortable telling my peers and instructors that I wanted to make an imagination station for adults (with almost no specifics beyond that), yet it still felt fantastic because it was something I was truly passionate about and could see hazily inside my brain space. I love solving complex problems and this one felt interesting and frustrating enough to jump inside and to keep swimming after graduation 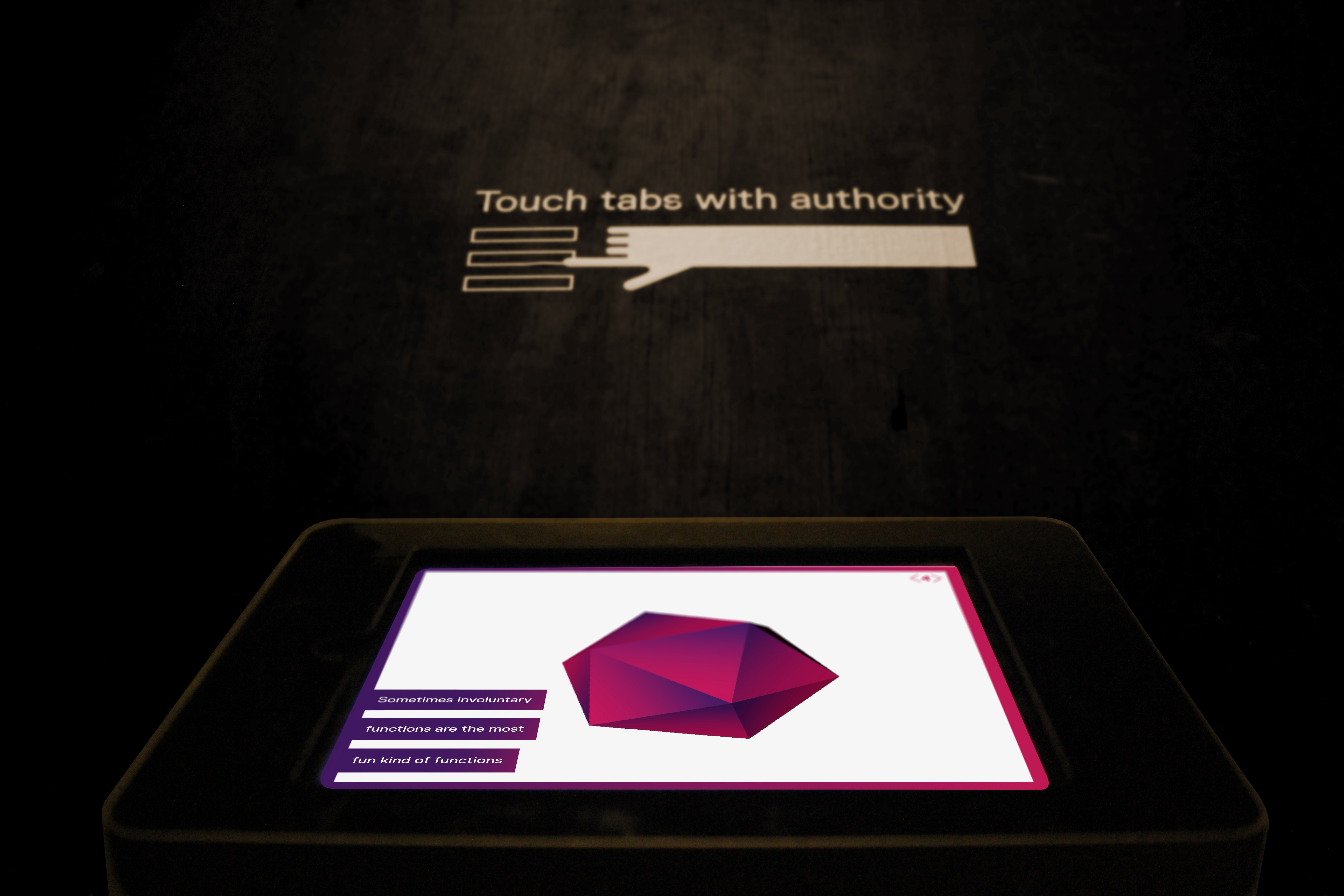 After many peaks and valleys, scrapped iterations, brainstorming, and various other design-related buzzwords, I came to a solution which I was quite pleased with on the whole.  I called it “The Imagination Installation”: A safe space for adults to explore the imaginative portions of their psyche.  It contained psychedelic re-contextualizations of everyday experiences, references to pin the tail donkey, and just the right blend of discovery and questioning.  The important parts of the project for me were that I remained true to my personal ideals and that the results had the potential to create a paradigm shift in the minds of people.  I think really digging in and asking what I wanted from this project, in the beginning, allowed me to feel pleased with the fruits of my labor, in the end. 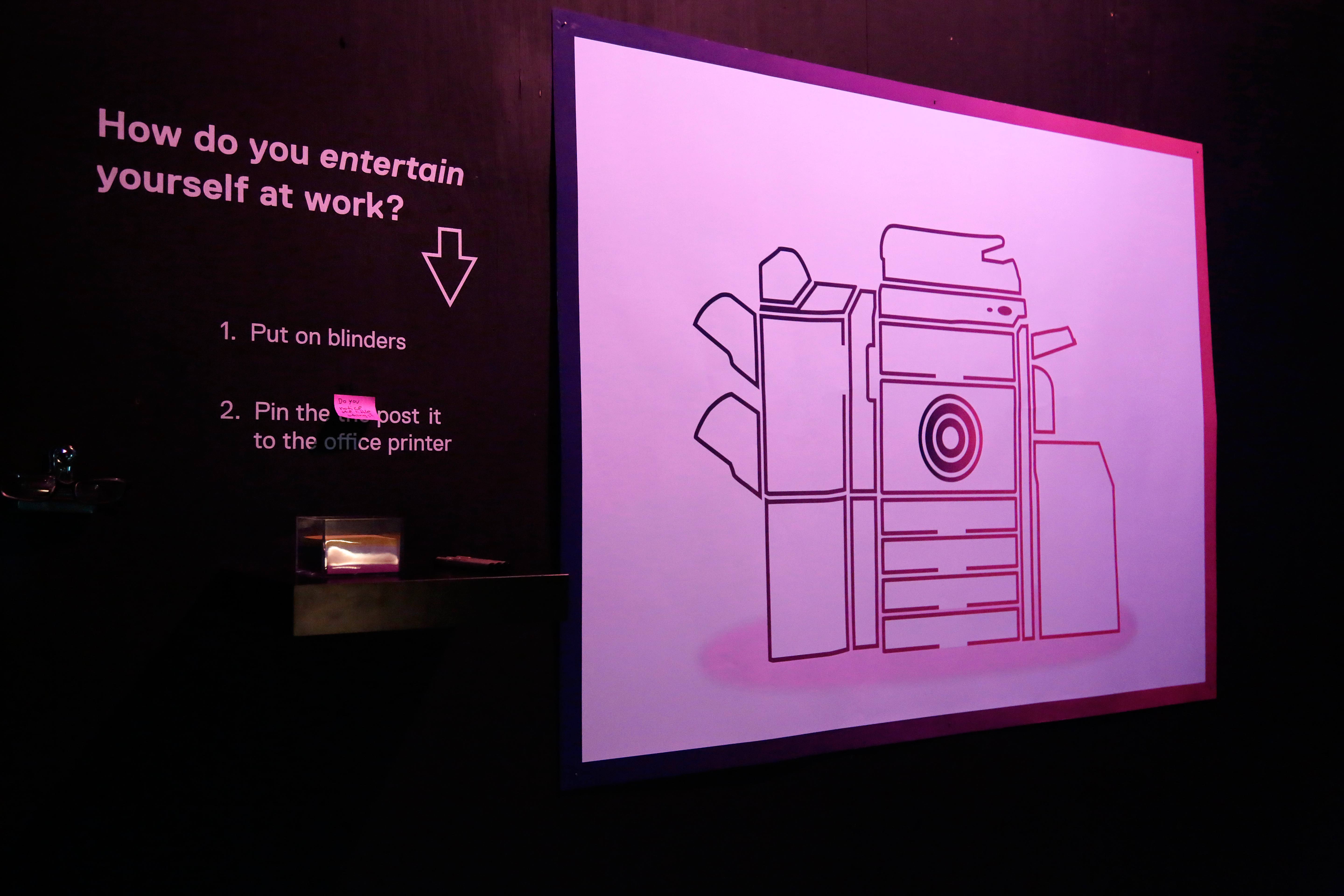 1. You will get a lot of input and advice from all kinds of people before and during the thesis process, remember to take all of it with a grain of salt, remaining open while developing a tunnel through which to take you project.

2. Look at your personality type and the way you typically approach projects and apply those strengths to the way you approach thesis.  (If you typically start projects really early and plan methodically, do that, if you prefer to feel things out and wiggle through spontaneity then do that, etc.)

3. Don’t be afraid to fail.  There is no better time in your collegiate career to take on something exciting and dangerous, so why not risk failure?  I find it gives me better results.

4. It’s typically good to have a loose conceptual idea which really excites you at the beginning, which you can carve into specificity through experimentation and many iterations as time goes by.

5. Are you making something that is something you believe in, that emanates you all the way to the nucleus, and which hasn’t been done hundreds or thousands of times before in the same way you are going to do it?

Noah is currently a designer at Work & Co in New York.
See more of his work at noahboyle.com.