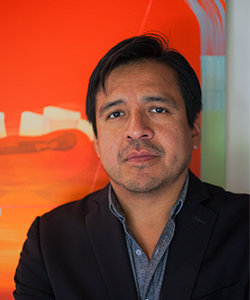 José Ruiz
Director, MFA in Curatorial Practice; Thesis & Practicum Professor
José Ruiz is a Peruvian-born curator working between Baltimore, Washington DC, and New York. He is the Director of the MFA in Curatorial Practice program at the Maryland Institute College of Art (MICA) as well as full-time faculty. His projects have been exhibited in most major American cities and internationally in Africa, Asia, Europe, and the Americas. As an independent curator, Ruiz has produced exhibitions for the Bronx Museum of the Arts, El Museo de Arte de El Salvador, Incheon Biennial, School 33 Art Center, and Queens Museum, to name a few. In New York, he is a partner and co-director of Present Co.—a Brooklyn-based gallery. His practice has been the subject of various publications, including The New York Times, The New Yorker, The Wall Street Journal, ARTnews, Arte Al Dia, Artnet, and The Washington Post. He received an MFA in New Genres from the San Francisco Art Institute and a BA in Painting and Latin American Studies from University of Maryland. 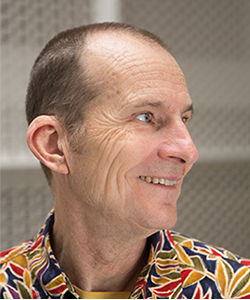 George Ciscle
Founder, MFA in Curatorial Practice; Curator-in-Residence Emeritus
George Ciscle has mounted groundbreaking exhibitions and taught courses in the fine arts and humanities for over 45 years. He was the founder and director of The Contemporary, an “un-museum,” which challenges existing conventions for exhibiting art in temporary non-traditional sites. In 1996, he introduced and taught MICA’s Exhibition Development Seminar until 2008—an undergraduate exhibition-making course that still runs to this day.  From 1997-2017, he served as MICA's Curator-in-Residence, consulting on the development of community-based and public programming focused on exploring new models for connecting art, artists, and audiences. From 2011-16, Ciscle directed and taught in the MFA in Curatorial Practice program, developing new models for connecting art, artists, and audiences. 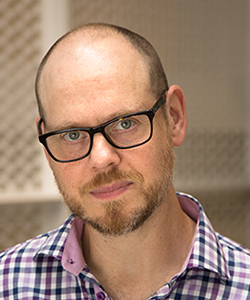 Jeffry Cudlin
Thesis & EDS Professor
Jeffry Cudlin was born in 1972 in Durham, North Carolina; raised in Lynchburg, Virginia; and currently lives in Washington, D.C. Cudlin works as an artist, critic, educator, and curator. He serves as full-time Professor of Curatorial Studies and Practice at MICA, where he teaches the first-year Practicum course in the Curatorial Practice MFA program, in which students develop collaborative exhibitions with the direct participation of residents from diverse communities within central Baltimore’s Station North Arts and Entertainment District. Cudlin also teaches Exhibition Development Seminar, a two-semester undergraduate course in which students make all important leadership decisions in the creation of a major contemporary art exhibition. His writing has appeared in The Washington Post, The Washington City Paper, and Sculpture Magazine. Cudlin received his MFA from the University of Maryland College Park, and his undergraduate degree in Studio Art from the University of Virginia. 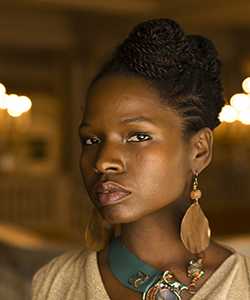 Melani Douglass
Seminar Professor
Melani Douglass is the Director of Public Programs at the National Museum of Women in the Arts in Washington, DC where she cultivates a network of diverse constituents through community partnerships and collaborations. She also heads the groundbreaking Women, Arts and Social Change initiative, which elevates museum programming to a new standard with curated conversations, communal dinners and transformative events.
Prior to her position at NMWA, Douglass founded the Family Arts Museum, a nomadic institution that celebrates and documents family as fine art. Douglass has over ten years of experience engaging communities through the arts. Douglass holds a Master of Fine Arts in Curatorial Practice from the Maryland Institute College of Art. A native Baltimorean, she is also a proud mother and educator. 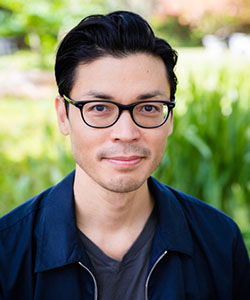 Christopher K. Ho
Seminar & Intercultural Practices Professor
Christopher K. Ho (b. 1974, Hong Kong) picks up threads of 1990s identity politics and weaves them into unlikely new patterns. His solo show Grown Up Art (2016, Present Co., NY) explored the political potential of parenthood. Demoiselles d'Avignon (2013, Y Gallery, NY) refracted Western abstraction through the eyes of a future class of refined Chinese princelings, while Privileged White People (2013, Forever & Today, NY) examined the sensibility of artists who grew up during the affluent Clinton presidency. He has had additional solo exhibitions at Winkleman Gallery, NY (2010, 2008); FJORD, Philadelphia (2013); and Galeria EDS, Mexico City (2009). His work has been reviewed in the New York Times, Art in America, Modern Painters, Artforum, LEAP, Hyperallergic, RanDian, and ArtReview. He participated in the Incheon Biennial (2009), the Chinese Biennial Beijing (2008), and the Busan Biennale (2008), and produced site-specific pieces for Storm King (2013) and the Cranbrook Art Museum (2011), where he was the 2010 Critical Studies Fellow. Forthcoming is a project about Asian diaspora and transnational racialization at the Bronx Museum (October 2018), and an augmented reality piece for Art Production Fund (Summer 2018). 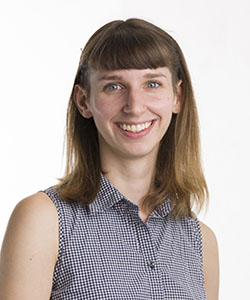 Allie Linn
Thesis I Professor
Allie Linn is an artist, curator, and writer from Baltimore. She received her BFA in Interdisciplinary Sculpture and Art History and her MFA in Curatorial Practice from MICA. In 2014, she co-founded Bb, a gallery and project space in downtown Baltimore and a 2015 grantee of The Grit Fund, a Regional Regranting Program of the Andy Warhol Foundation for the Visual Arts. Through various collective organizing, she has assisted in the production of the Publications and Multiples Fair, the Artist-Run Art Fair, and the Spiral Bound Book Fair, and she has held positions at Recess in Brooklyn and the Baltimore Museum of Art and The Contemporary in Baltimore. Her writing has recently appeared in the International Awards for Art Criticism, and she is the Guest Gallery Curator at Notre Dame of Maryland University for the 2019-20 academic year. 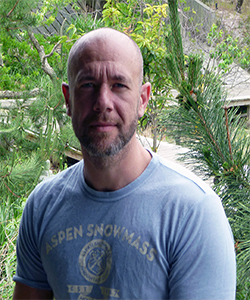 Darren Jones
Practicum Professor
Darren Jones is a Scottish critic, curator, and artist. His writing has appeared in Artforum, ArtUS, Artslant, and New Art Examiner. Curatorial and artistic projects have been covered in The Guardian, Artforum.com, Huffington Post, The Brooklyn Rail, and Scotland on Sunday. Jones’ book, The Contemporary Art Gallery: Display, Power and Privilege, (co-authored with David Carrier) was published in 2016; in 2018 he was a recipient of the Andy Warhol Foundation Art Writers Grant; in 2020 he will be the critic-in-residence at SPACES in Cleveland. Jones gained a BA from Central Saint Martins College, London; and received his MFA from Hunter College, New York. 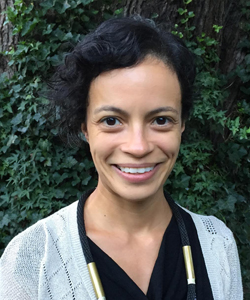 Jackie Milad
Thesis Advisor & Intercultural Practices Professor
Jackie Milad is a practicing visual artist and independent curator based in Baltimore City. She began her curatorial career as a co-founder of the Transmodern Festival, an artist-run performance art and experimental media festival. More recently, Milad served as the Chief Curator for The Delaware Contemporary in Wilmington, Delaware. She has also held the position of Gallery Curator for the Adele H. Stamp Student Union's Stamp Gallery at the University of Maryland in College Park.  She earned her MFA from Towson University and her BFA from the School of Museum of Fine Arts and Tufts University. 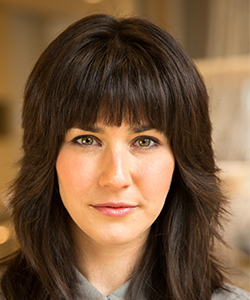 Lindsay Smilow
Thesis Advisor
Lindsay Smilow is an artist, educator, arts administrator, and project manager. She has spent the majority of her career managing education programs at New York City institutions, namely, The Queens Museum and The Solomon R. Guggenheim Museum. She is a teaching artist for students of all ages and has presented nationally at museum and arts conferences. She is insatiably curious about humanity and what brings communities together, creating experiences for people to connect in and around works of art. Currently, Lindsay is consulting on new initiatives for nonprofit arts organizations and businesses. She received a BA in both Art History and Sculpture from the University of Maryland, College Park. Her personal work and MA from CUNY Brooklyn College investigates the intersection of art and stand-up comedy. 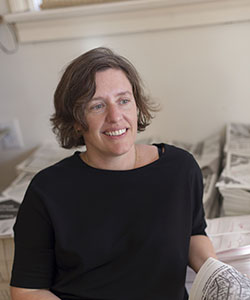 Andrea Dietz
Thesis Advisor
Andrea Dietz is an architect, curator, and writer. She is Assistant Professor and Director of Graduate Studies in Exhibition Design at The Corcoran School of the Arts & Design at George Washington University. Her creative and scholarly practice is focused on “architecture(s) of and on display” – or the translation and exhibition of the built environment. Through “architecture(s) of and on display,” she advocates for diversifying the representations of architecture and design (defined in terms of both authorship and expression).
Andrea has worked in architecture research and exhibition design with Bestor Architecture, Chu + Gooding Architects, and independently. She has a background in cross-border exhibition and event production with Estudio Teddy Cruz and Kyong Park. She has taught foundation architecture studios with Cal Poly Pomona and was a longtime associate of Woodbury School of Architecture, where she coordinated a multi-million dollar federal grant, led graduate program curriculum development, oversaw digital fabrication facility improvements and operations, and delivered coursework in research methodologies and theory. She is a former board member of and Vice-President of Development for the Los Angeles Forum for Architecture and Urban Design. 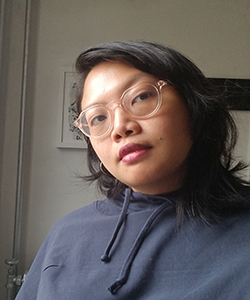 Emmy Catedral
Thesis Advisor
Emmy Catedral (b. Butuan City, 1982) is an artist and writer. She presents collaborative work as The Explorers Club of Enrique de Malacca and The Amateur Astronomers Society of Voorhees, and performs as Y2K (with Carlos Rigau and Jocelyn Spaar). Work has been presented at Queens Museum, The New York Historical Society, LaMama Experimental Theater Club, Primetime, Columbia University's Wallach Art Gallery and Department of Astronomy, Center for Book Arts, and Akron Art Museum (forthcoming), among others. Readings and performances have been presented at Recess, 601 Artspace, Wendy's Subway, The Segue Reading Series, Present Co. and other unnamed and temporarily named sites. After nearly a decade at Distributed Art Publishers where she worked with small press, independent, and non-profit publishers, Emmy is currently the Fairs & Editions Coordinator at Printed Matter, Inc. She is also co-librarian of the bi-coastal and mobile Pilipinx American Library, and is a member of Advisory Board of The Octavia Project. She DJs as Pers Lab. 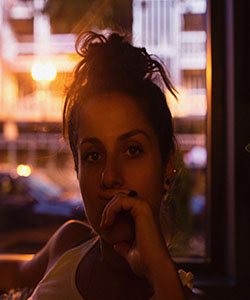 Thesis Advisor
Maria Habib is an independent multidisciplinary designer and educator. At DesignMa, her private practice, she investigates the relationship of design and Ayurved principles as a basis to provide solutions for identity and space. She’s interested in projects at the intersection of art, culture, and healing. She has held positions as Designer for MEMAC and Ogilvy in Beirut, Lebanon, and Freedom by Design, Design Director for the Corcoran Gallery of Art, College of Art + Design, and Creative Director for the Strategic Innovation Group of Booz Allen Hamilton. 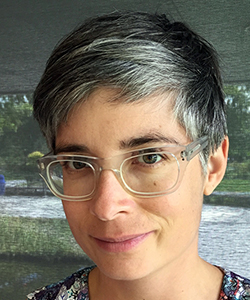 Natalie Campbell
Advisor
Natalie Campbell is an independent curator, art historian and arts worker active in DC and New York. She studied Art History at Hunter College CUNY and has curated exhibitions at venues including Smack Mellon, Brooklyn; Nicole Klagsbrun Gallery, New York, the Center for Book Arts, New York, as well as numerous temporary, collaborative, and publication-based projects outside of traditional exhibition spaces. As a project manager for contemporary artists and galleries, she has overseen complex video, performance, installation, and print productions, coordinating the expertise of numerous performers, technicians, fabricators, and designers. Forthcoming projects include a public art action outside the White House (October 2016); an exhibition of contemporary abstraction at American University Art Museum (January 2017); an exhibition of experimental approaches to weaving at the Center for Craft, Creativity and Design, Asheville NC (May 2017); and an alternative history of Washington-area art practices at Washington Project for the Arts, Washington DC (September 2017).