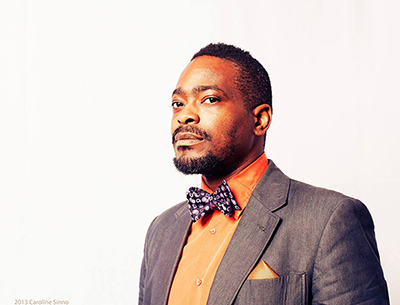 Ayodamola Tanimowo Okunseinde (ayo) is a Nigerian-American artist, designer, and time-traveler living and working in New York. He studied Visual Arts at Rutgers University where he earned his B.A. His works range from painting and speculative design to physically interactive works, wearable technology, and explorations of “Reclamation”. His residency participation includes ITP’s S.I.R., IDEO’s Fortnight, The Laundromat Project, Eyebeam, New INC, and Recess Assembly. He has exhibited and presented at the 11th Shanghai Biennale, Tribeca Storyscapes, EYEO Festival, Brooklyn Museum, M.I.T. Beyond the Cradle, and Afrotectopia amongst others. His works themselves exist between physical and digital spaces; across the past, present and future. Okunseinde’s works ask us, via a technological lens, to reimagine notions of race, identity, politics, and culture as we travel through time and space. Okunseinde has taught at New York University, Bennington College, Hostos CUNY and 92Y. He holds an MFA in Design and Technology from Parsons School of Design in New York where he is currently an adjunct faculty member. 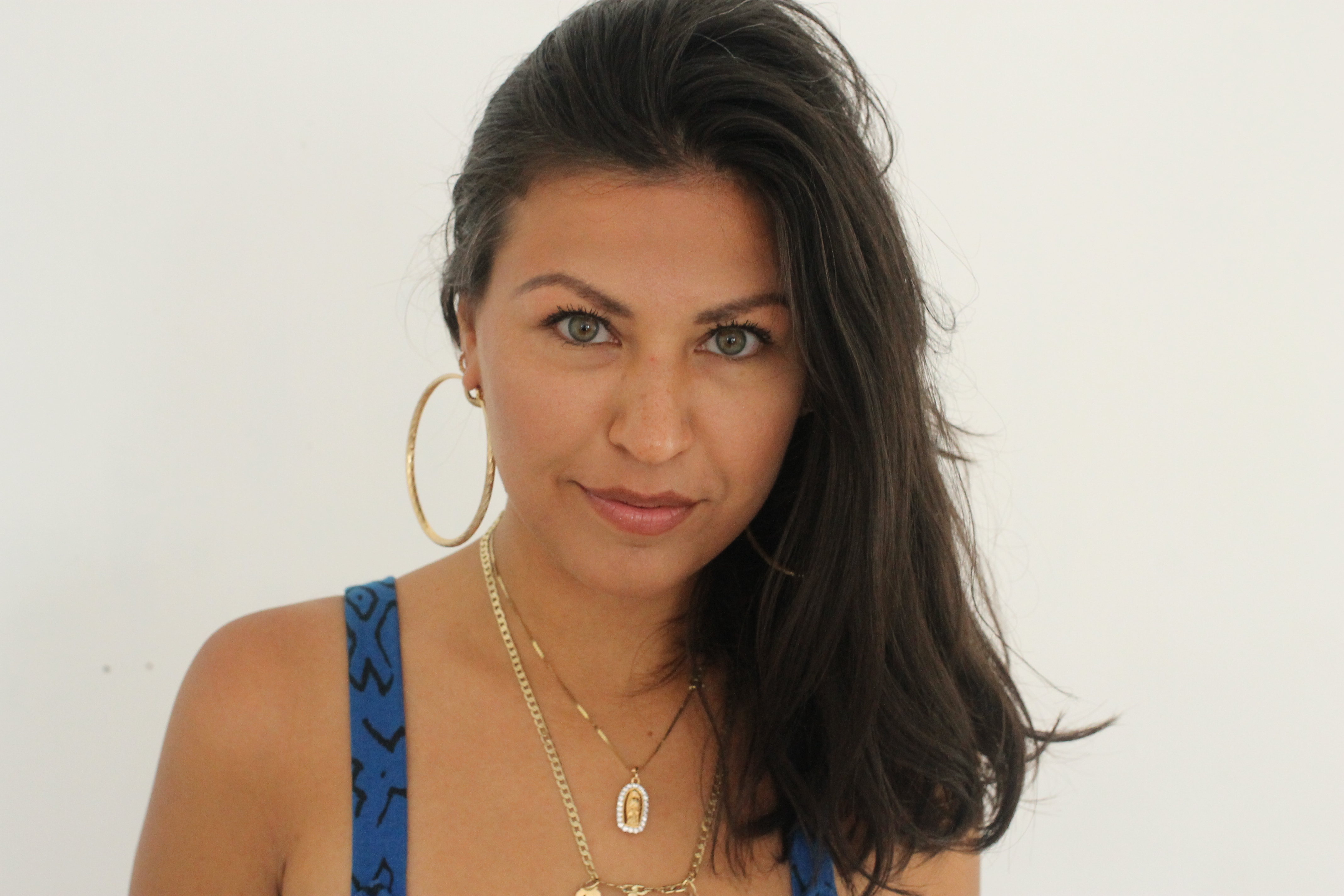 Barbara Calderón is a writer, arts organizer, art librarian, and founding member of the arts collective Colectiva Cósmica. Her work is guided by a background in journalism, Xicana studies, and art history, and aims to augment Latinx art and its historical perseverance. 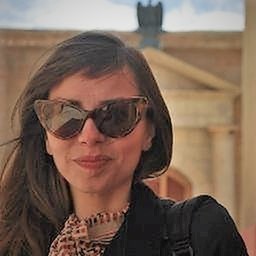 Caroline Gil Rodriguez is a media art conservator, archivist and sometimes writer from Puerto Rico. Caroline has ample experience working with artists, cultural heritage institutions, private art collectors and non-profits. Her areas of interest include the relationship between media art and technology in the Americas, collective media practices, and low-cost, open-source solutions for digital preservation. Caroline holds an M.A. from New York University's Moving Image Archiving and Preservation program. Additionally, she received an M.A. in Cinematography from the University of Barcelona (ESCAC). She has worked at the Wildlife Conservation Society, New Art Trust, Smithsonian Institute's Center for Folklife and Cultural Heritage, Filmoteca de Catalunya, and with media artists' personal collections. She is currently a member of the XFR Collective, Archivistas en Espanglish, and is an Andrew W. Mellon Fellow in Media Conservation at the Museum of Modern Art (MoMA). 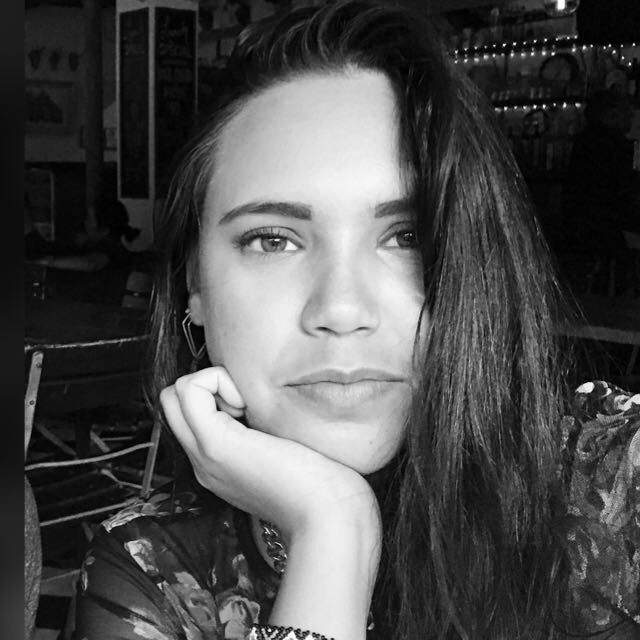 Cristina Fontánez Rodríguez holds a Master of Library Science and Certificate in Archives and Preservation of Cultural Materials from CUNY Queens College. Before moving to New York to pursue her MLS, Cristina received a B.A. in Geography from Universidad de Puerto Rico, Recinto de Río Piedras. She has previously worked at New York University, Brooklyn Historical Society, Democracy Now!, and is a former Barnard College Archives Fellow. She has also collaborated on equity and inclusion initiatives sponsored by Pratt Institute and co-founded a Latin American archivists collective focused on transnational and equitable solidarity-building. With an understanding of issues and challenges surrounding access to inclusive collections and non-traditional content, Cristina is interested in digital and community archives, bilingual collections, and initiatives that empower creators to become custodians of their own documentary heritage. 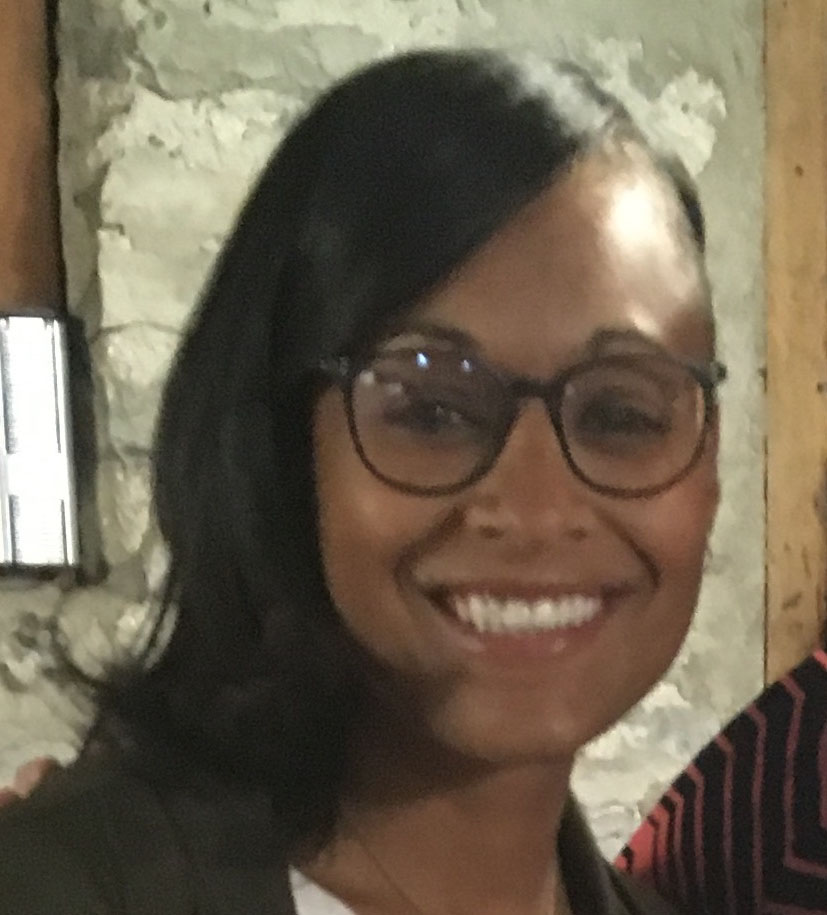 Jasmyn R. Castro received her M.A. from the Moving Image Archiving and Preservation program at New York University’s Tisch School of the Arts. Before attending NYU, she received an A.A. in Film and Television Production from Toronto Film School, and a B.A. in Film and Women’s Studies from SUNY: Empire State College. From 2015 to 2018, she served as Media Conservation & Digitization Specialist at the Smithsonian Institution's National Museum of African American History & Culture; where she was a founding team member of the Great Migration Home Movie Public Digitization Program. She is the creator of the African American Home Movie Index, an online aggregate of African American home movie collections throughout the United States, and an avid collector of African American home movie collections. Her research interests include African American history, audiovisual archiving in underserved communities, rethinking public access to digital repositories, and home movies as history. 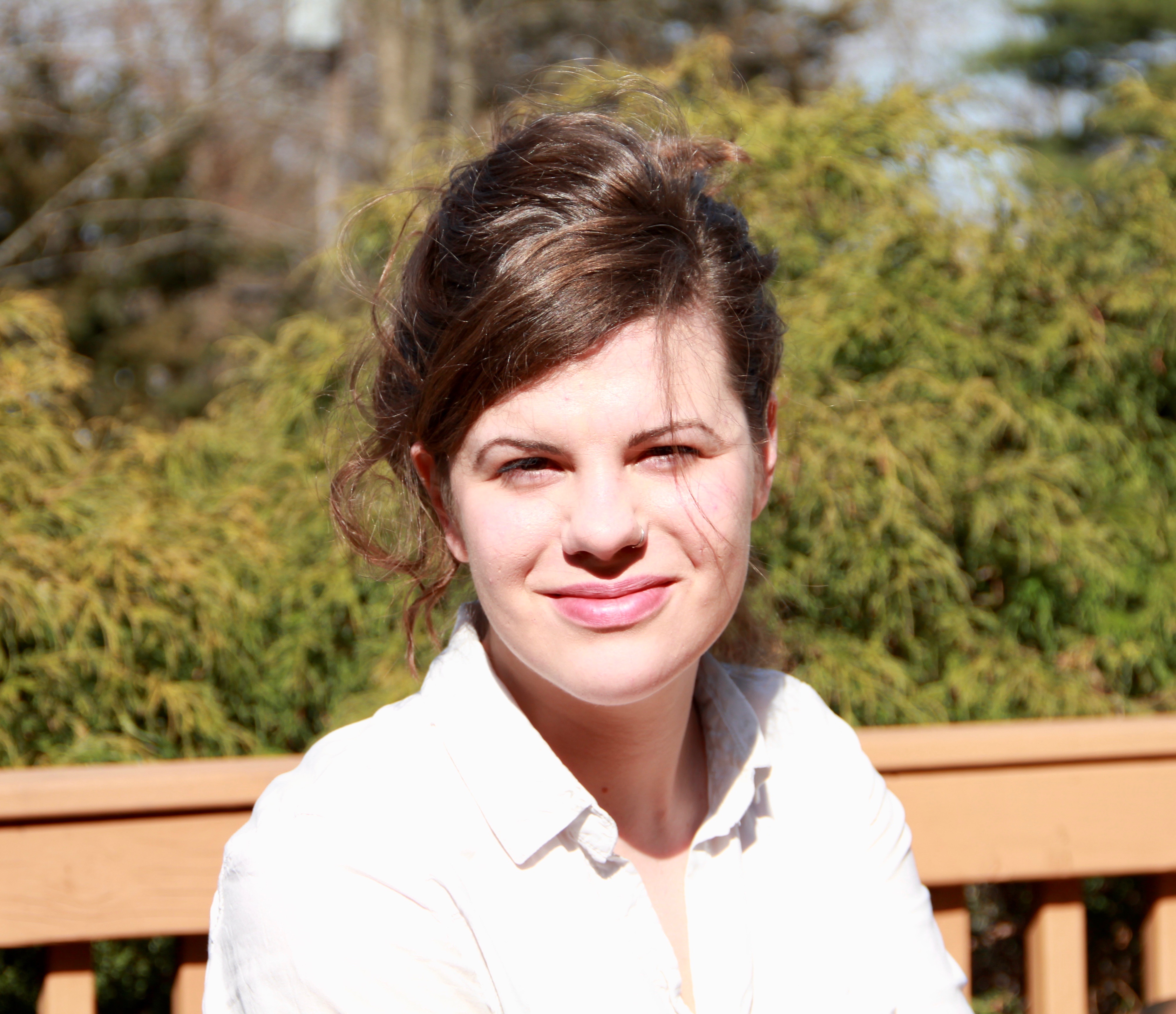 Jean Moylan is a National Digital Stewardship Residency (NDSR) for Art Information fellow at the Solomon R. Guggenheim Museum, where she is leading a year-long project to improve the institution-wide preservation and access infrastructures for all digital audiovisual assets, including time-based media artworks, digitized archival recordings, and newly-generated video content. Prior to her residency, Jean completed a Master’s degree in Library and Information Science with a Special Collections Certificate at the University of Illinois at Urbana-Champaign and received her Bachelor of Arts from Eugene Lang College at the New School. She has worked with audiovisual materials in several capacities over the course of her academic and professional career, from serving as an assistant editor and archival researcher on documentary films, to digitizing legacy audio materials at the University of Illinois Library. Most recently, Jean indexed and prepared a collection of long-form video interviews with Latin-American filmmakers for online access in the Oral History Projects Department at the Academy of Motion Pictures Arts and Sciences. 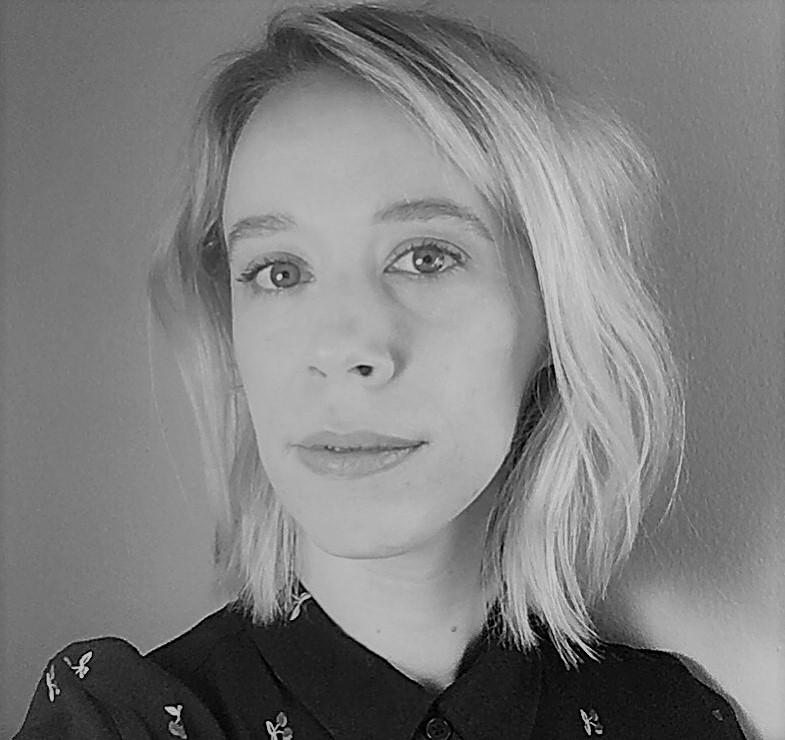 Molly Szymanski is the National Digital Stewardship Resident at the Art Institute of Chicago, exploring strategies for archiving and preservation of born-digital materials including in-gallery interactive apps, websites, and audio tours. She earned her Master of Science in Information from the University of Michigan after spending 10+ years working with community-based organizations and seeing an urgent need to manage, preserve, and foster access to critical digital resources. 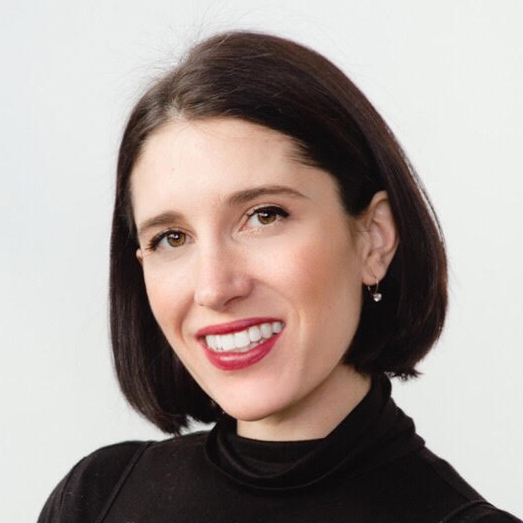 Rachel M. Ward is a Ph.D. Candidate focusing on digital anthropology, media art, archives, gender, and technology. She is currently working as a Research Associate at Small Data Industries, a digital art conservation practice in Brooklyn, as a recipient of the National Digital Stewardship Residency (NDSR Art) award. As a member of the Making Culture Lab in the School of Interactive Arts & Technology (SFU), Rachel’s work converges on Digital Anthropology and the creation of interactive-experimental ethnography. She has produced several documentary films and haptic anthropological art installations which she chronicles in a recent book chapter in Digital Echoes (2018). Currently completing her doctoral research in NYC, she is working in the studios of (the late) Carolee Schneemann, Dianne Blell and Laurie Spiegel to preserve the legacy of women artists who pioneered new forms of technology in 1970-90s and are now in the process of archiving their work.